Mining is an energy intensive process. The process of crushing and grinding uses as much as six per cent of the world’s electrical energy, with up to 50 per cent of that consumed in comminution circuits. One of the biggest areas we can improve the environmental sustainability of our operations is by finding new ways to conserve or reduce how much energy is required for our operation.

So, when looking for a place to find greater efficiencies, comminution circuits were an ideal place to start. In 2016 CMIC, and a consortium of contributors, launched a project to develop and test a revolutionary new comminution technology. Our goal was to identify new platform technologies that could reduce energy consumption in comminution circuits by as much as 50 per cent. Of 26 potential technologies evaluated, the Conjugate Anvil Hammer Mill (CAHM), invented by Lawrence Nordell of CTTI, was the one that showed remarkable potential for significant energy reduction and readiness for commercialization.

A project team was assembled, with CMIC leading a consortium that has been expanded to include experts in comminution, product development, engineering and testing as well as six major hard rock mining companies who are guiding the effort and participating as potential first adopters:

CAHM is a platform technology which is advancing two technologies in parallel where both designs break particles in a highly efficient thin particle bed. CAHM provides a more efficient alternative to High Pressure Grinding Rolls (HPGR) and SAG Mills while the MonoRoll variant is designed for finer grinds and promises to replace inefficient rod and ball mills.

Hot commissioning of the MonoRoll at Corem’s testing facility, using some of the 300 tons of ore contributed by Agnico Eagle Mines is now complete. Fabrication of the CAHM machine is underway and if the optimized discrete element method (DEM) modelling results hold, we are confident that the MonoRoll and the CAHM are on track to achieve the following significant benefits in ore grinding:

Although the MonoRoll is being tested using hard rock, there is also significant interest from the iron ore, cement and aggregate industries.

“The CAHM Platform technology has the potential to be a game changer. We’ve made incredible progress and it’s a direct result of working with an incredibly talented and dedicated team. The next few months will be ones to keep an eye on!” 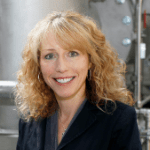 The MonoRoll technology is now one of only six finalists in Impact Canada’s Crush It! Challenge. Launched in October 2018, Crush It! challenged Canadian innovators to deliver game-changing solutions for cleaner, more efficient rock processing.

The MonoRoll project is the only finalist developing a novel grinding mill, and if the project wins the $5 million Grand Prize, the funds would be used to engineer a large-scale machine to test in active mining operations.

Check out the following video from seven months ago to see the MonoRoll in action:

Stay tuned and stay connected by checking out the latest updates on our Conjugate Anvil Hammer Mill Project page.

I am text block. Click edit button to change this text. Lorem ipsum dolor sit amet, consectetur adipiscing elit. Ut elit tellus, luctus nec ullamcorper mattis, pulvinar dapibus leo. It is a long established fact that a reader will be distracted by the readable content of a page when looking at its layout.